The Resource Recovery and Circular Economy Act is a Game Changer

The concept of Extended Producer Responsibility (EPR) is spreading and evolving around the world and, with recently passed legislation, Ontario may now be ground zero for a new way of managing WEEE.

The starting point for this transformation was the passage of the Waste Free Ontario Act (Bill 151) on June 1, 2016. With a circular economy as the eventual goal, Bill 151 is considered ground breaking for several reasons:

For the first time anywhere in the world, the Waste Free Ontario Act marks a pronounced shift towards Extended Producer Responsibility (EPR) for all products — e-waste, tires, packaging, compost and eventually, everything else.

“In 20 years, it will be very hard to find a product sold in Ontario that doesn’t have a stewardship obligation against it. In its scope and progressivity, there is nothing like this particular legislation,” says Clayton Miller, Vice-President, Business Development, Quantum Lifecycle Partners. “It’s a whole new way of looking at waste, not just e-waste. The intent of the legislation is to put responsibility for waste at the feet of the producers and manufacturers that made the products in the first place.”

The second part of Bill 151, the Resource Recovery and Circular Economy Act, considers end-of-life materials as resources rather than waste, which will result in fewer raw materials used and possibly the production of long-lasting, reusable goods. The focus on reuse will create opportunities for the recycling sector to innovate and reuse more, recycle less and generally drive down the overall costs of recycling.

Under this new regime, compliance and enforcement activities will be overseen by the Authority who will operate the Resource Productivity and Recovery Registry. This outcomes-based producer responsibility regime is the watchdog for the Ministry of the Environment and Climate Change and ensures that consumers, stewards, governments, manufacturers and service providers all fulfill their recycling obligations. 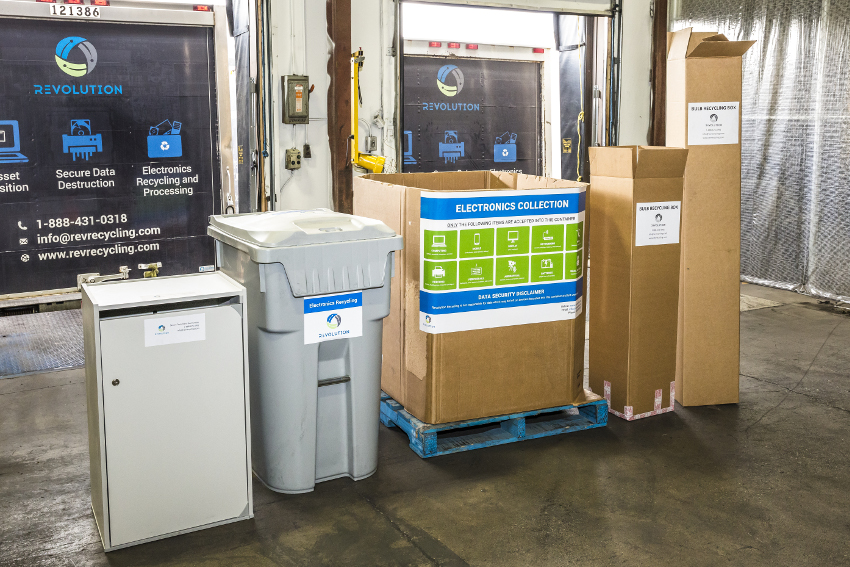 An Incentive for Innovation and New Life for Reuse

The new legislation will not only incentivize innovative design and collection models but also encourage reuse by counting it toward diversion targets. As things stand today, it is difficult for an e-waste recycler to compliantly reuse products that are qualified under the provincial stewardship programs – even if that makes the most economic and environmental sense. The new legislation recognizes that in addition to reuse is a higher form of recycling and has the potential to lower overall recycling costs.

While the new legislation makes reuse a higher priority than other forms of recycling, it’s still unclear exactly what specific activities will be allowed. Canadian recyclers are advocating to allow certified, audited and traceable reuse to be counted toward recycling targets. This would mark a significant change to how stewardship performance has been measured historically where per pound diversion targets are the only metric that mattered.

The Waste Free Ontario Act is an ambitious rethink of how to manage waste. While the focus is currently on recycling tires, batteries, e-waste and the household Blue Box program, eventually all waste will have some sort of recycling requirement. Consider this often used but powerful statistic: Every 1,000 tonnes of waste diverted from landfill generates seven full-time jobs, $360,000 CAD in wages and $711,000 CAD in GDP. The economic benefits of recycling more waste could be huge.

With a current provincial recycling rate of only 25 per cent, there is significant room for improvement. Considering just e-waste specifically, Canada has done a good job enacting and harmonizing provincial stewardship programs from coast to coast. Ontario is taking it a step further with this Act, and this is an opportunity to foster the next wave of innovation in e-waste recycling. Industry will be encouraged to innovate, collaborate and solve problems in a competitive environment that values compliance, security and environmental performance. It’s an opportunity that is there for the taking, and the rest of the world will be watching.